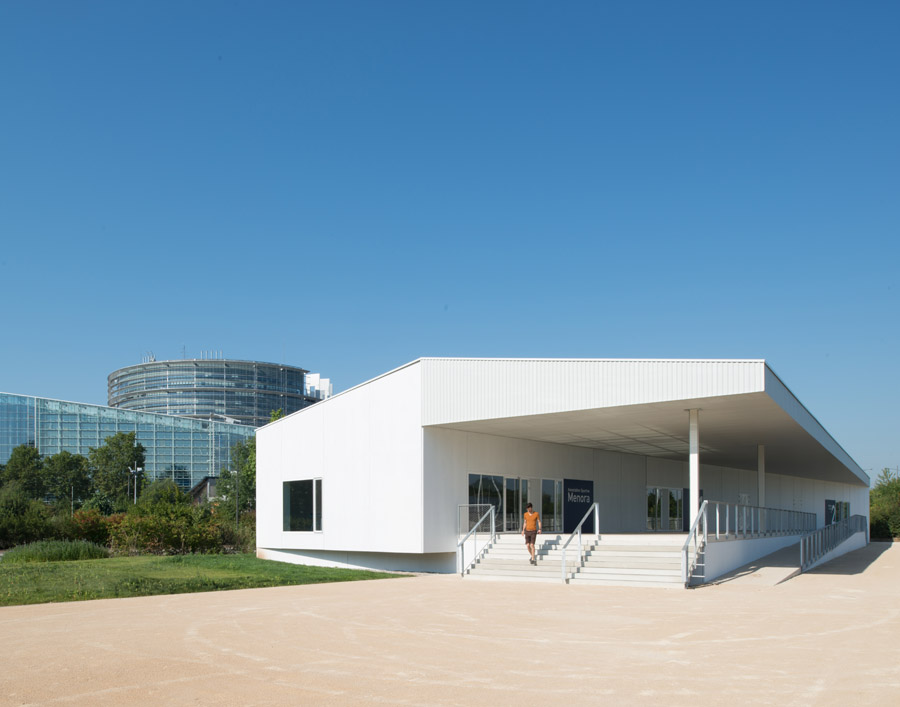 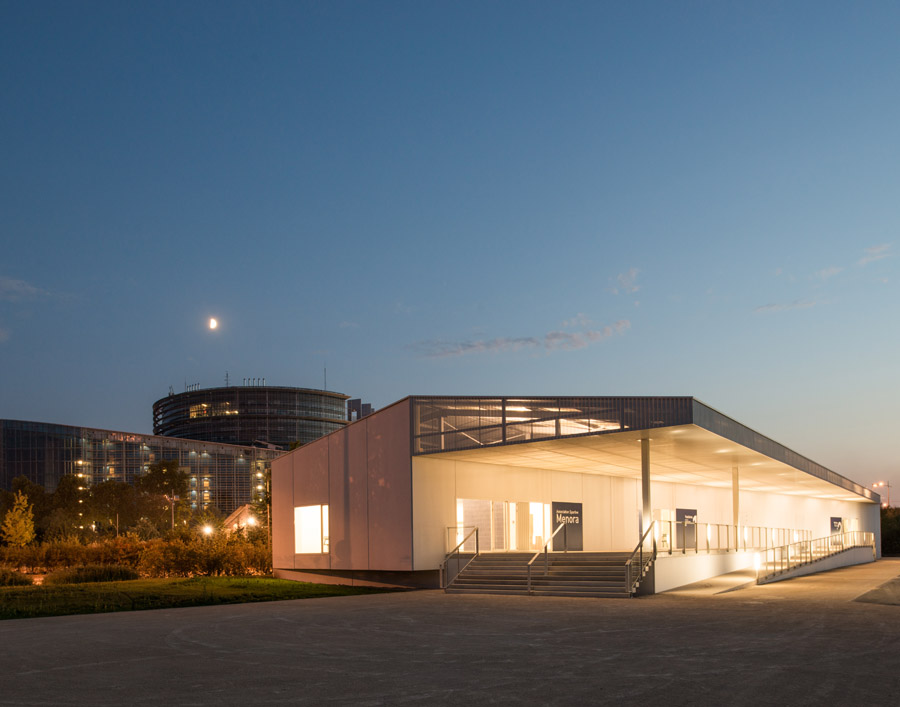 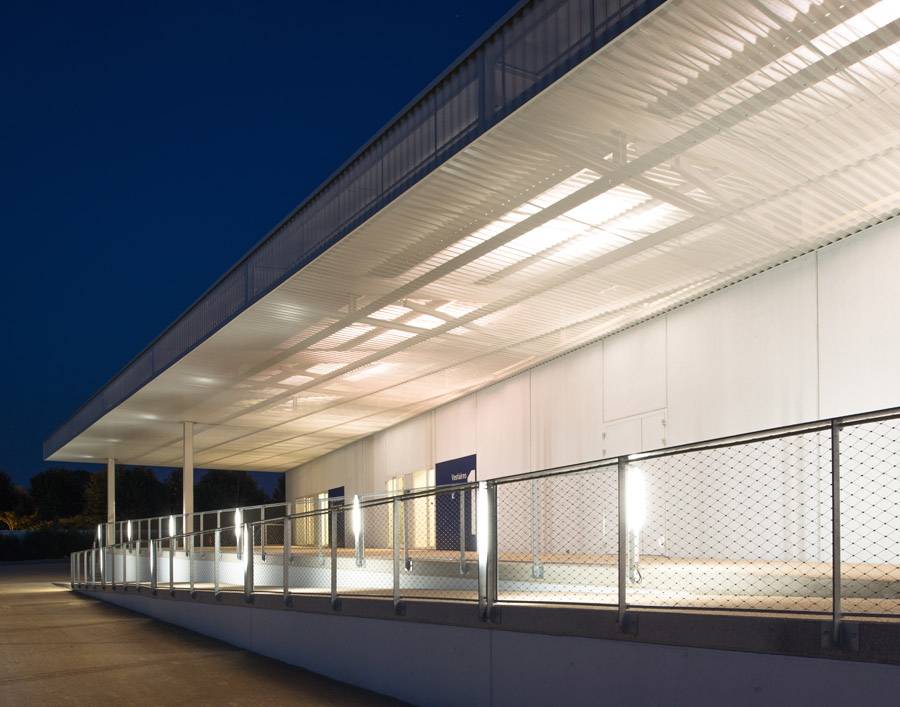 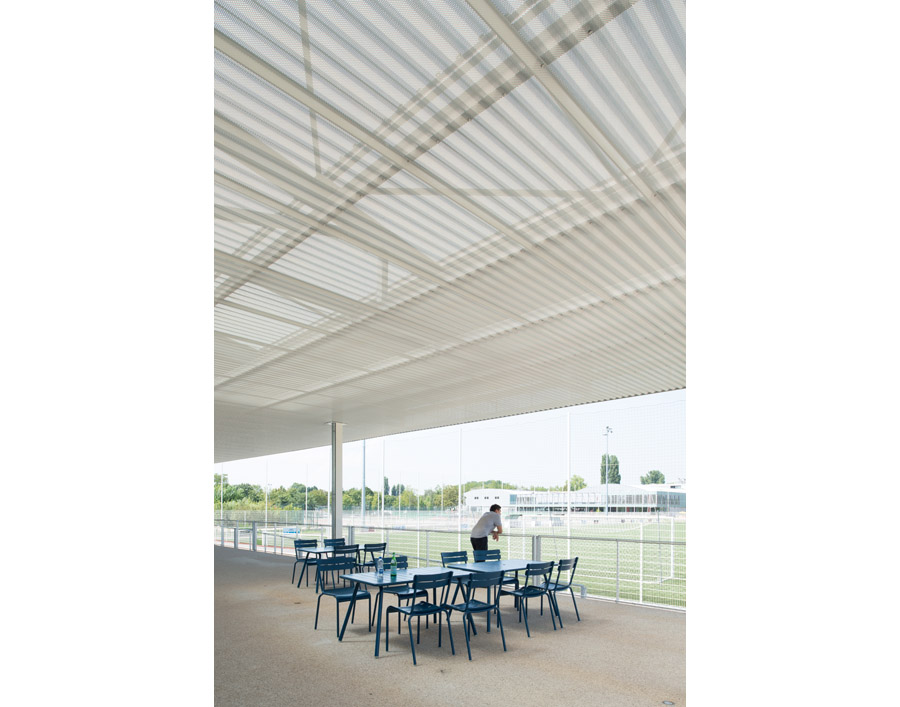 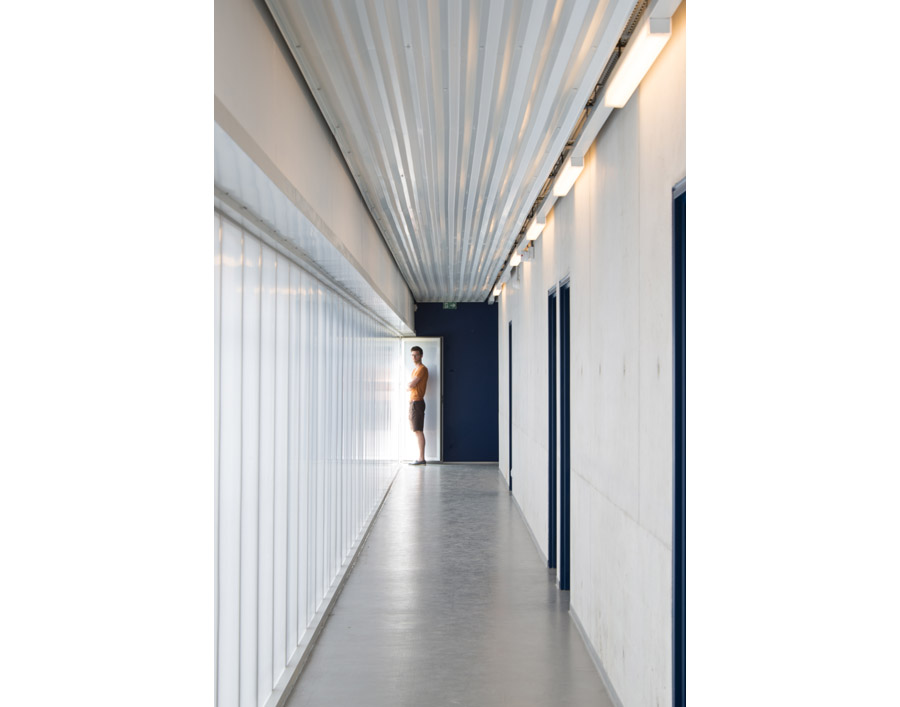 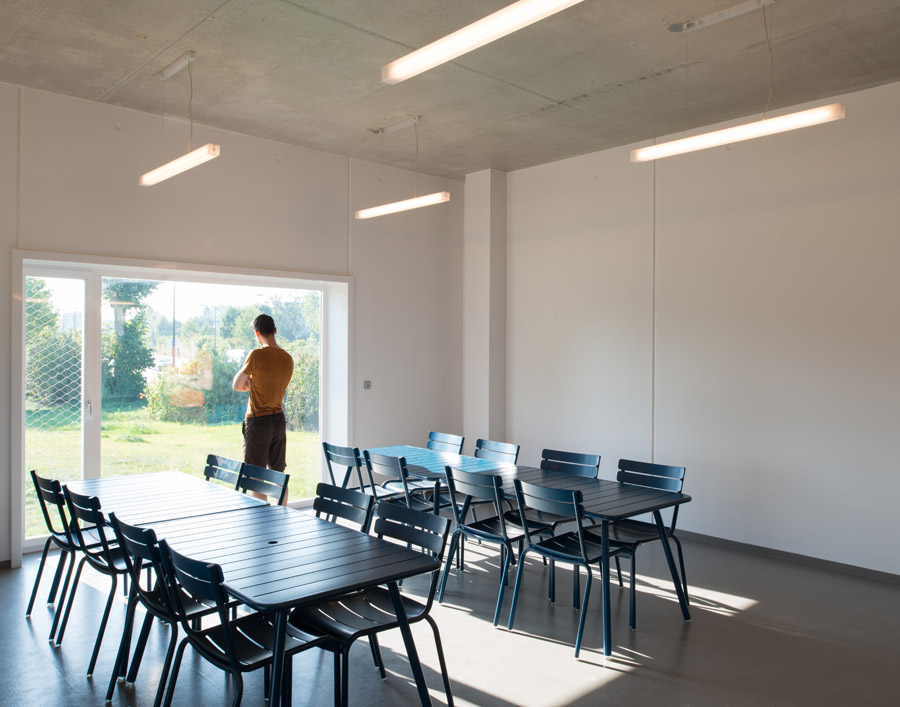 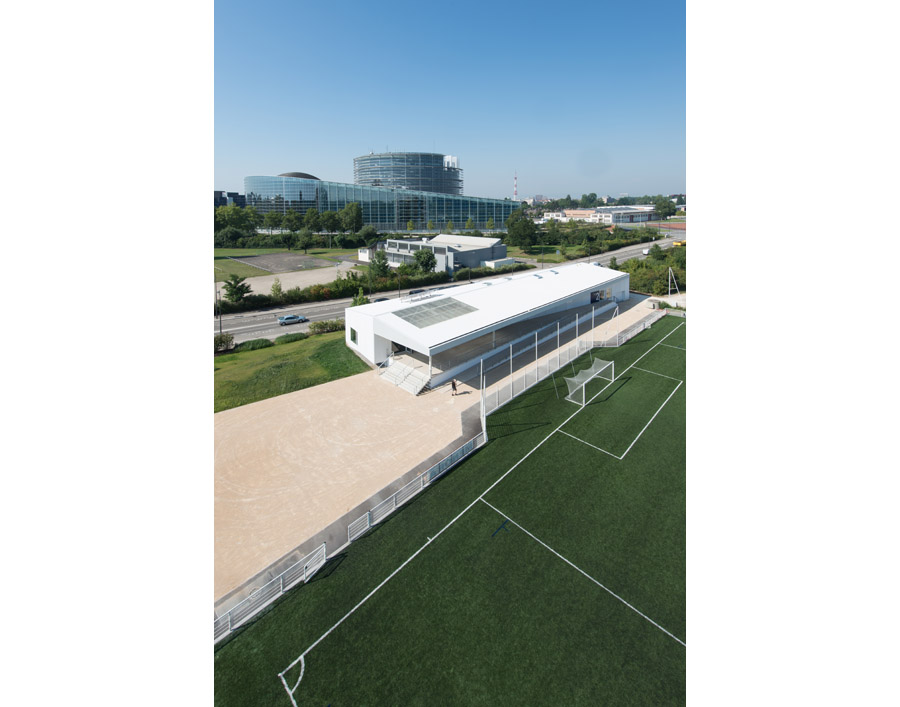 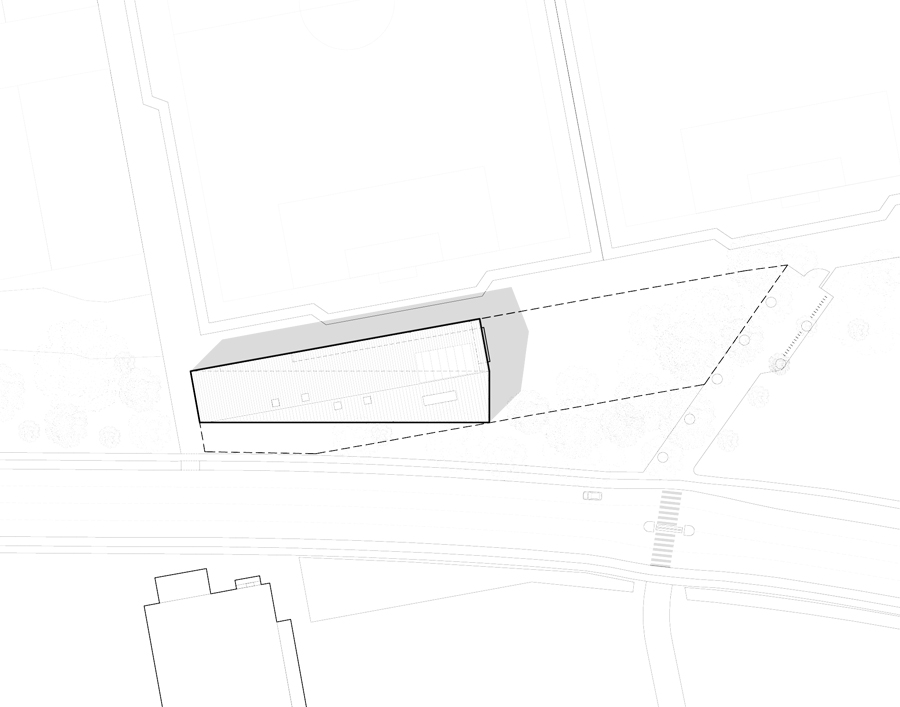 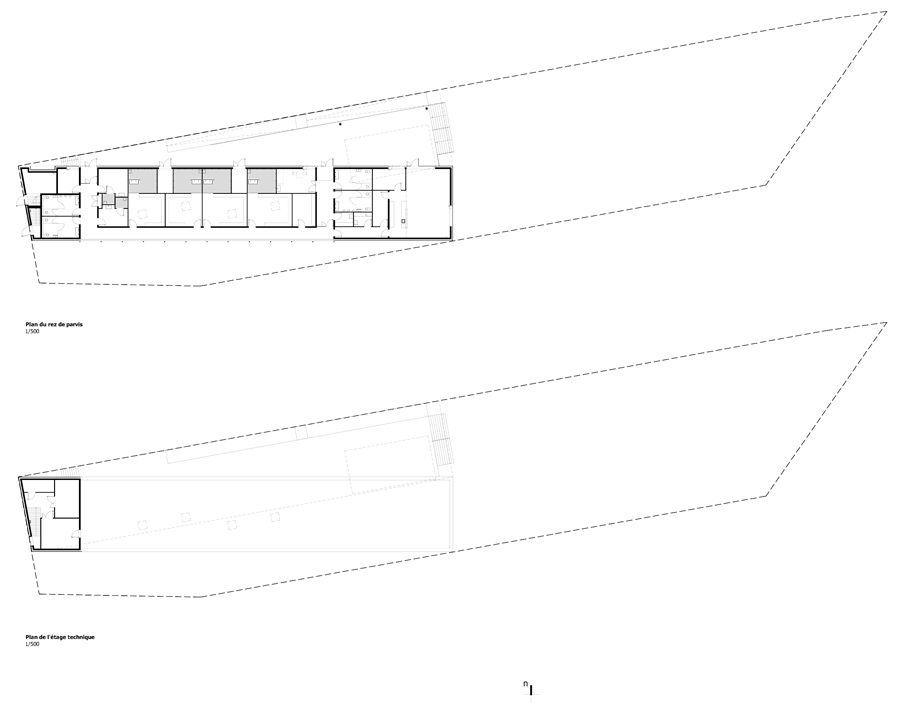 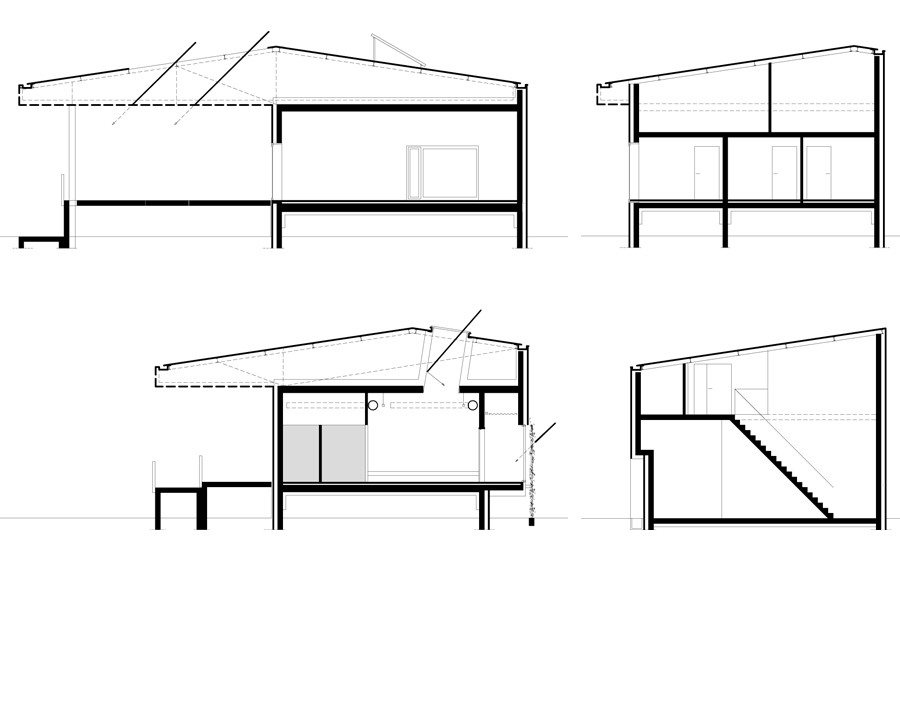 The new clubhouse of the football association Menora is composed of two main volumes placed according to the main directions of the site. These two simple masses are highly visible and recognizable from the city or the football grounds. The first volume contains the main programmatic elements of the clubhouse, organised in a straight line, parallel to the nearby avenue. The second volume gathers all the exterior functions of the project on a large terrace, which ends with wide sitting steps facing the entrance of the site. A large marquee made of perforated metallic plates covers and lightens this terrace. It is both a protection from bad weather as well as a canopy during the summer. An internal lighting system transforms the marquee in a large light box and emphasises at dusk the theatrical character of the project.
The main volume will be made of double-layered concrete walls with an internal insulation, thus reinforcing its protective character. Some skylights allow the entry of sunlight in the showers and the locker rooms, located in the core of the building.