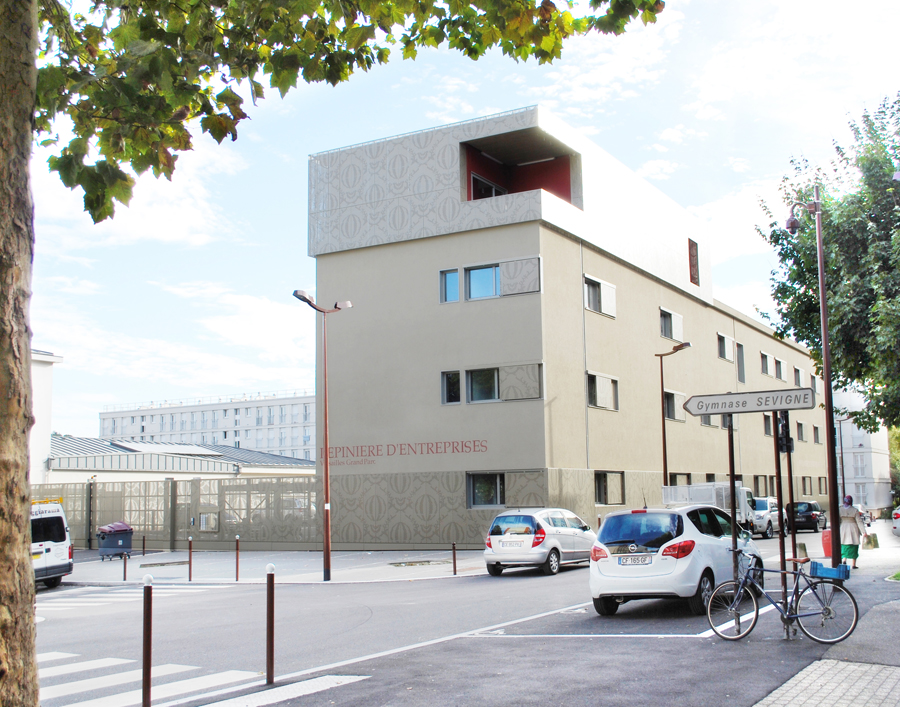 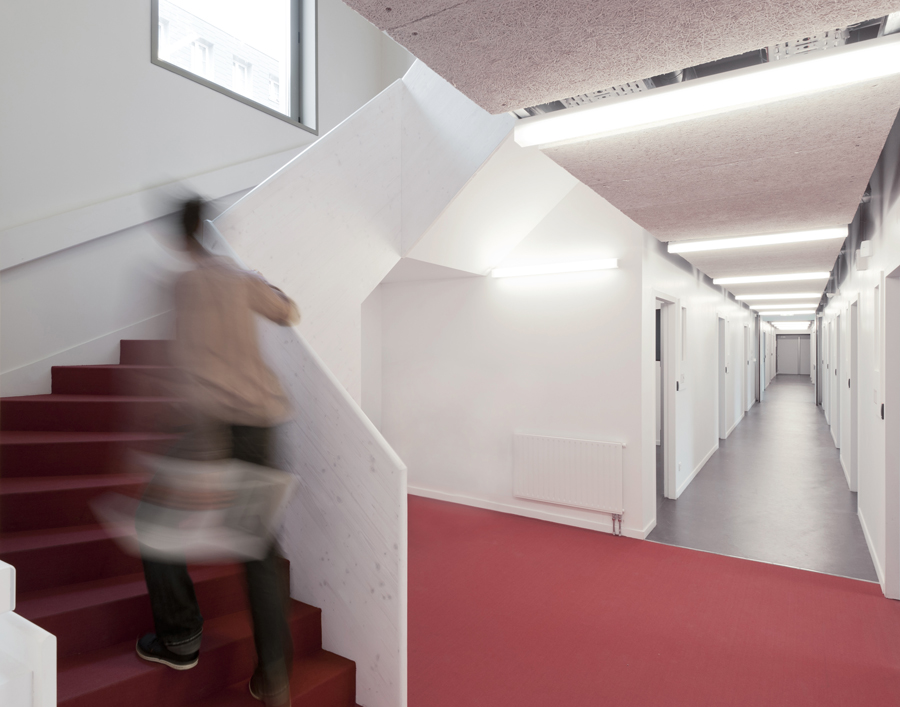 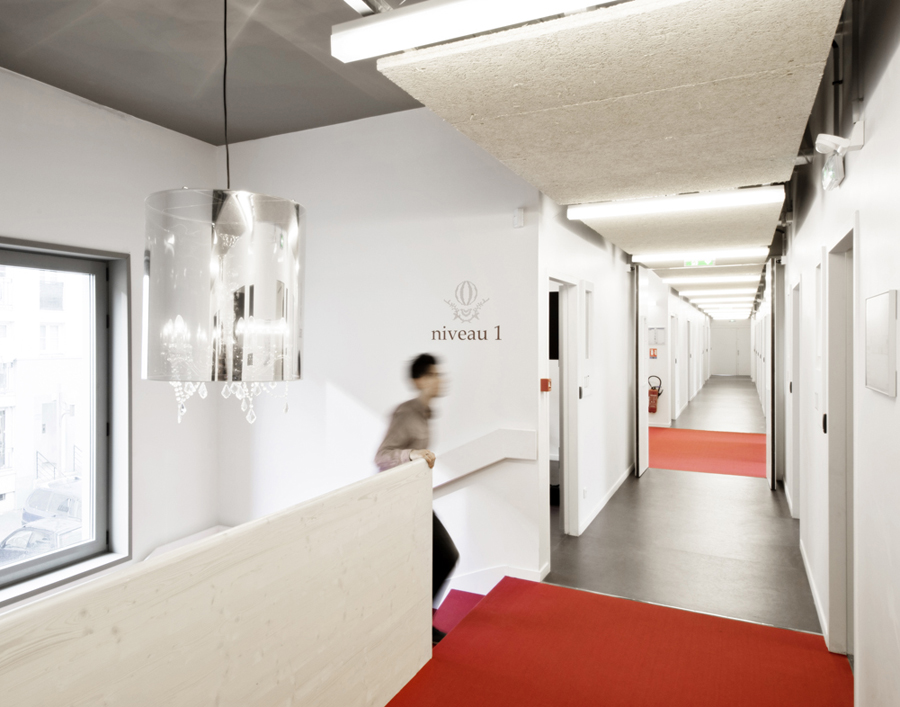 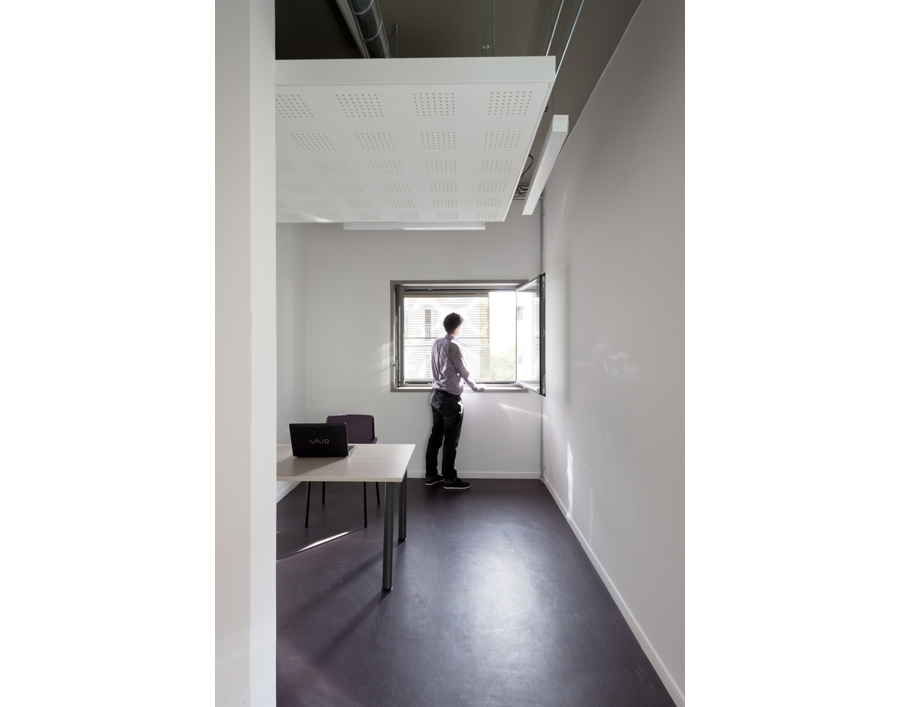 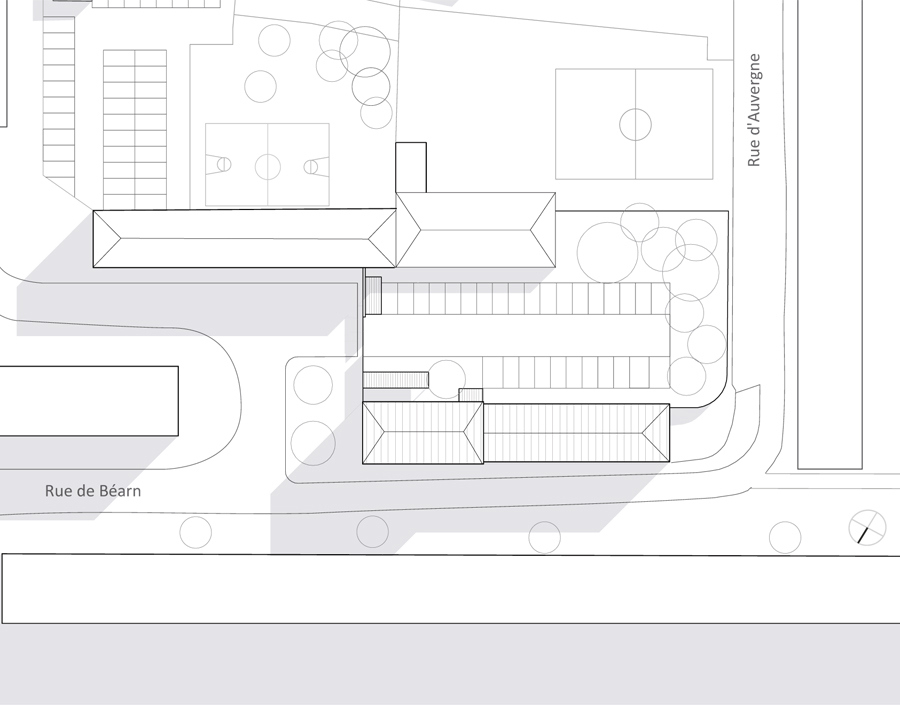 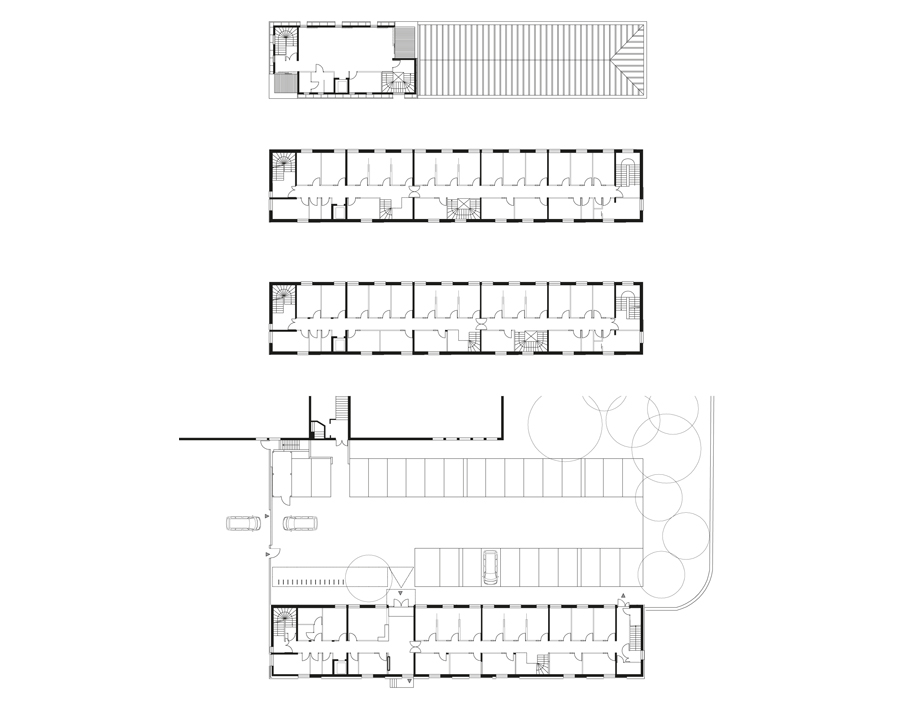 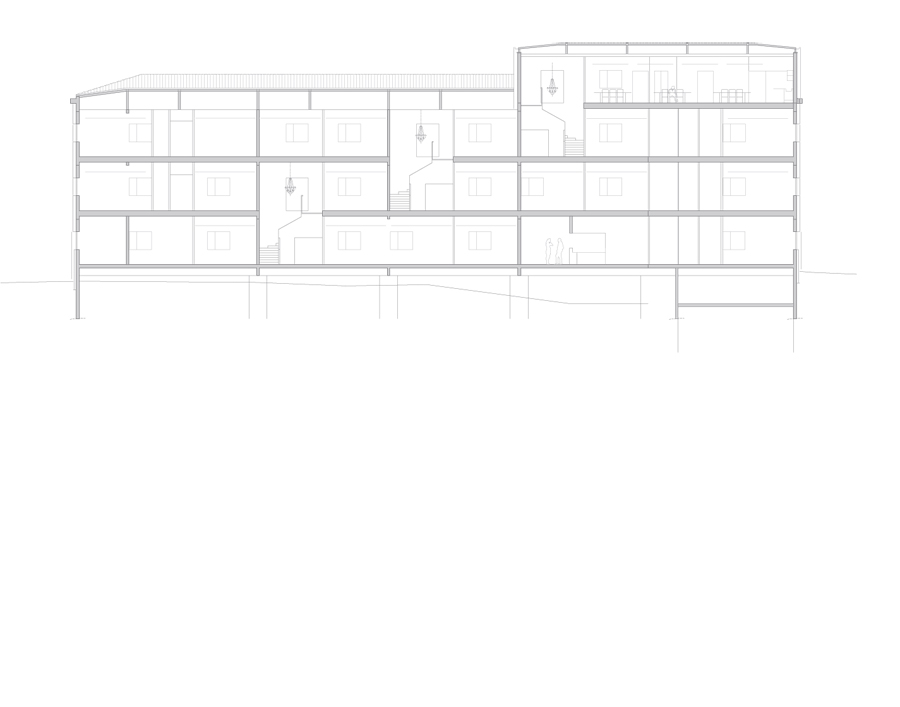 The city of Versailles plans to establish a firm incubator in a former school located in an area of large housing projects. The project is an ambitious act of revitalization of this neighbourhood, as well as a useful support to the local economy. It has been designed as an urban landmark, which architecture and surroundings will allow to play the role of center for this area of the city. The old Charcot School’s building is made of a simple and healthy structure. Some minor transformations allow a simple and efficient layout of the new working spaces along a central corridor. The offices are designed as flexible spaces separated by sliding partitions, which allow an adaptation of their surface to business needs. Interaction between tenants of the business incubator will be stimulated by a meeting space, set as a spinal column across the whole building and linking stairs and meeting rooms.