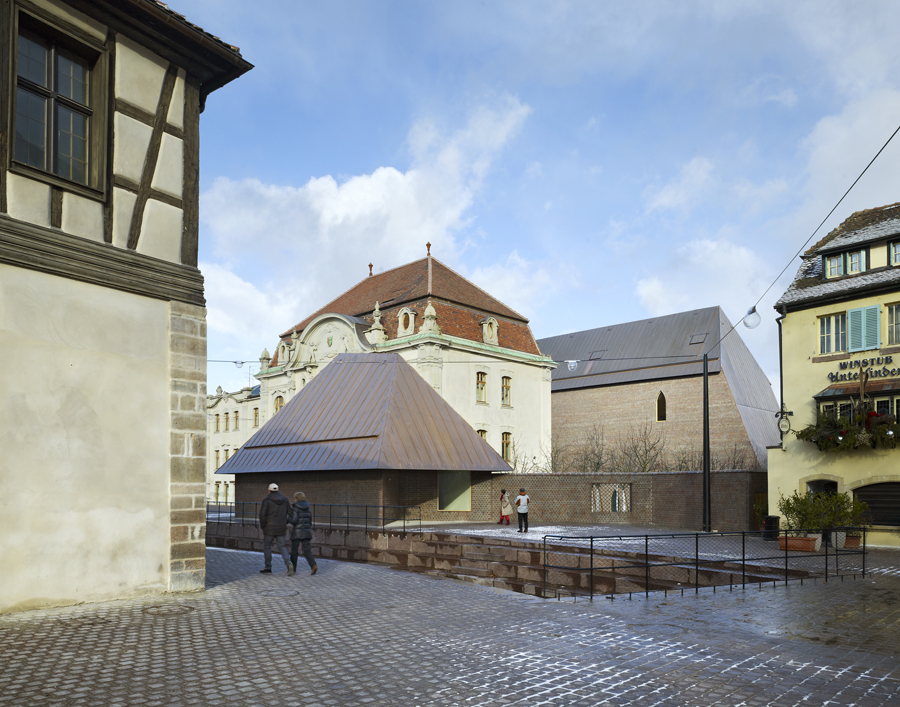 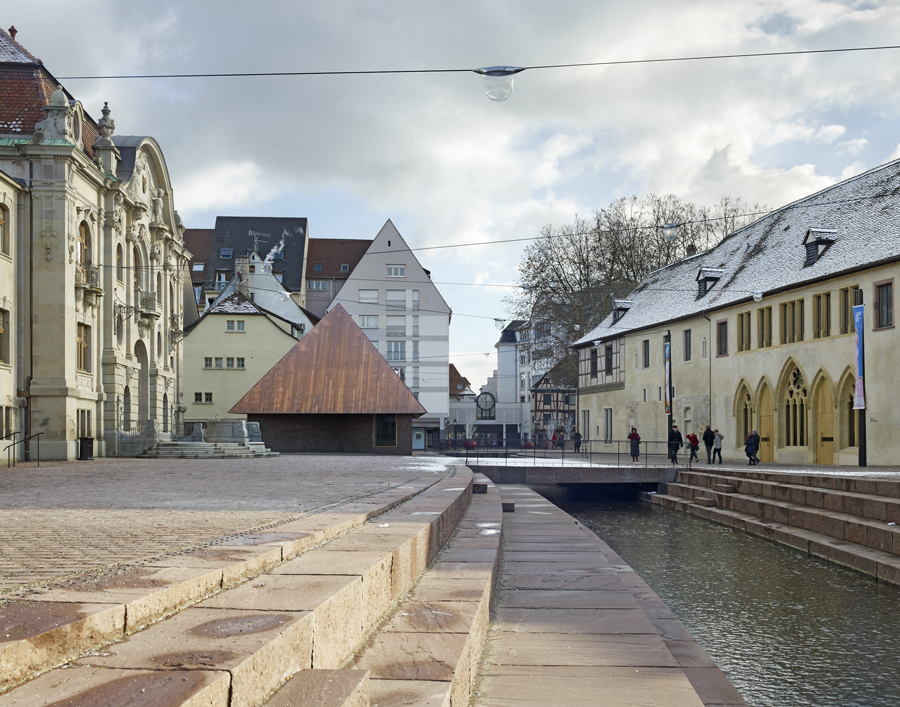 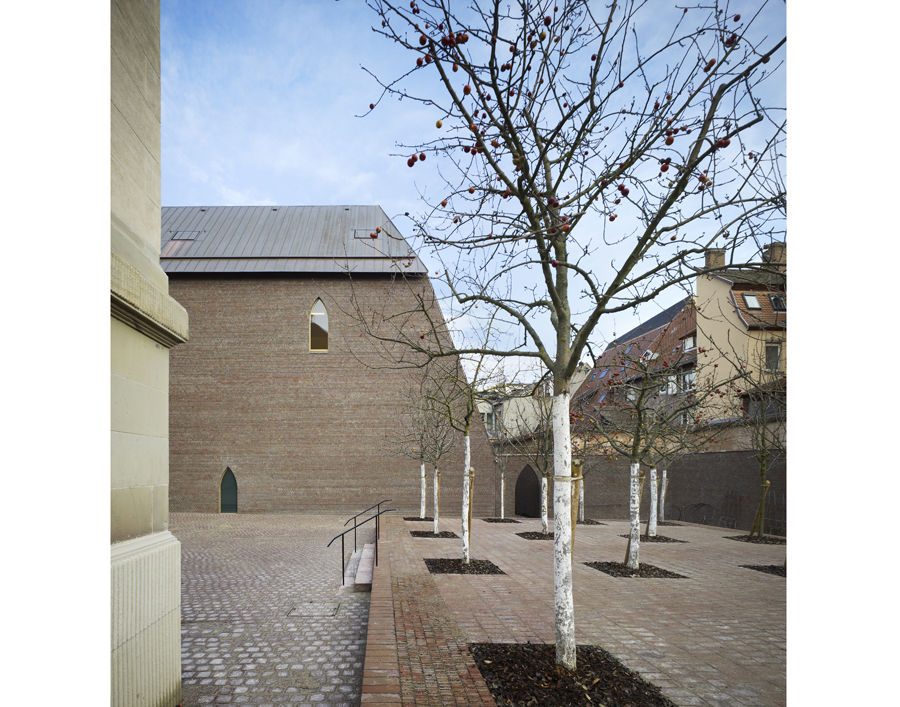 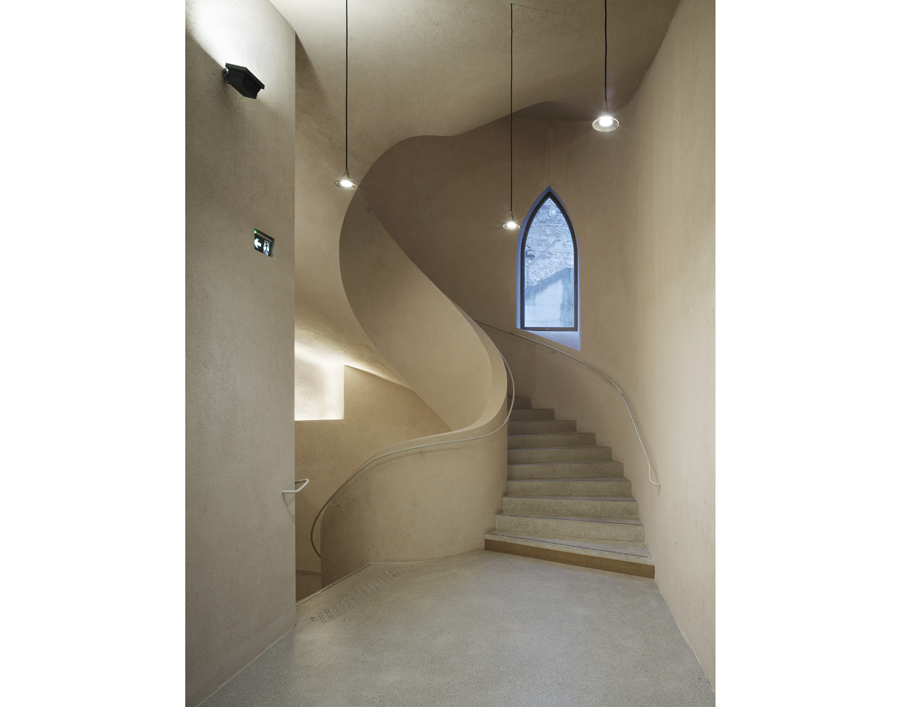 Renovation and expansion of the Unterlinden museum in Colmar.
The expansion of the Unterlinden museum is primarly an urban-scale intervention, aiming to redefine the Sinn square and extend the activities of the city centre to the Unterlinden plaza. The museum is currently organised around the cloisters of the historical Unterlinden convent and its chapel, in which the prestigious “Retable d’Issenheim” is exhibited. A 19th century municipal bath building facing the cloisters has recently been integrated in the new perimeter of the museum. It is linked to the new aisle of the museum, which shape ressembles the historical chapel of the convent. The Sinn square is now the center of symetry of the new architectural ensemble, organised on both sides around an historical and a contemporary courtyard. An underground gallery links the two sides of the museum, stretching underneath the square and its central canal. On this new public space, a contemporary version of the old gateway of the convent as been reconstructed, as a signal of the transformation of the museum. Historical and newly acquired collections have been reorganised along a chronological path, initiated in the old convent and leading to the contemporary volume of the new extension.