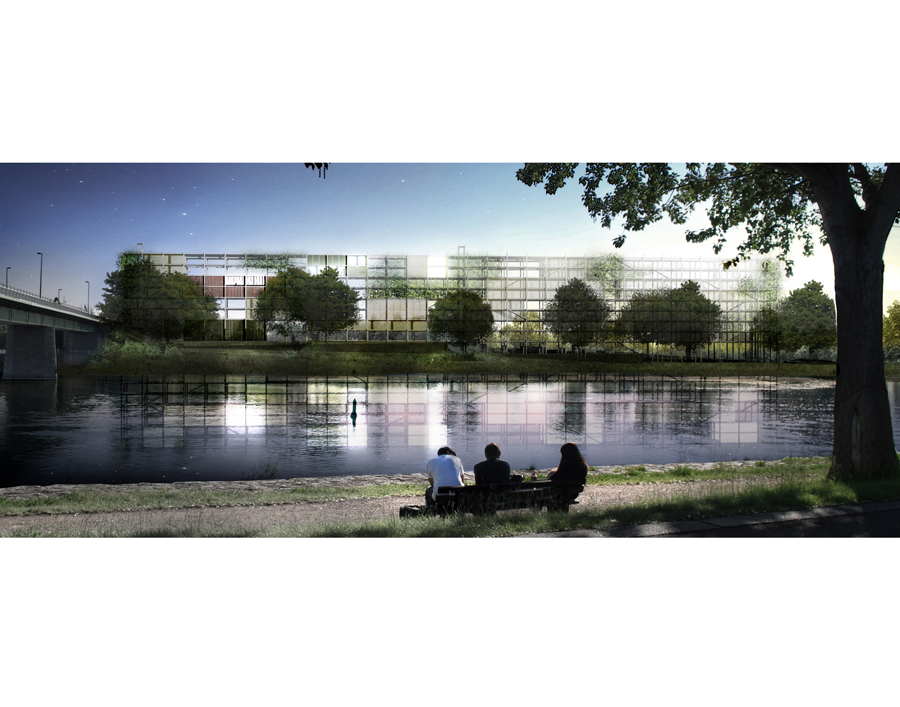 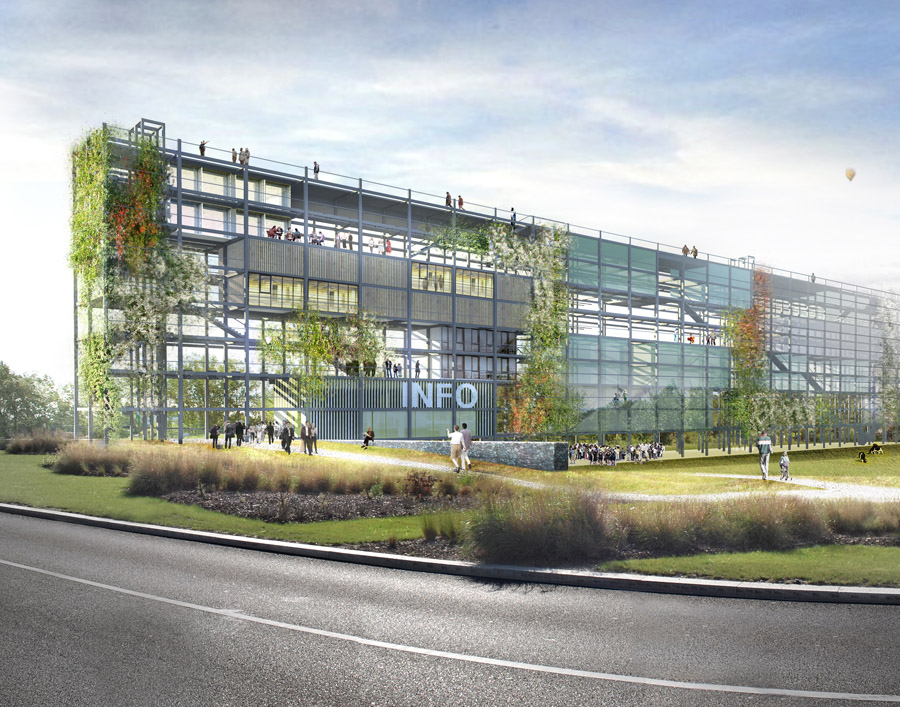 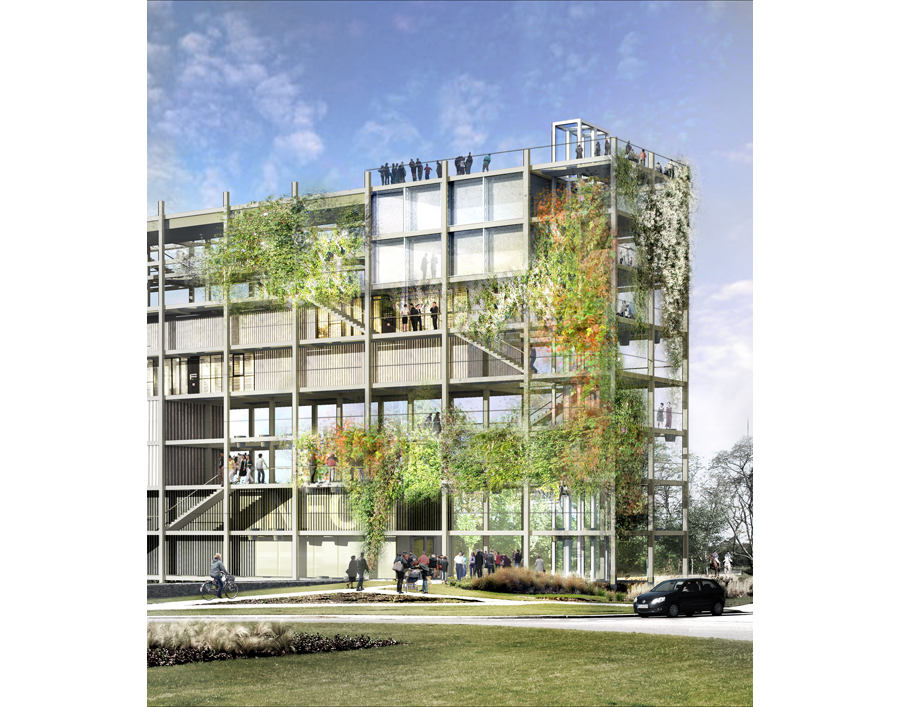 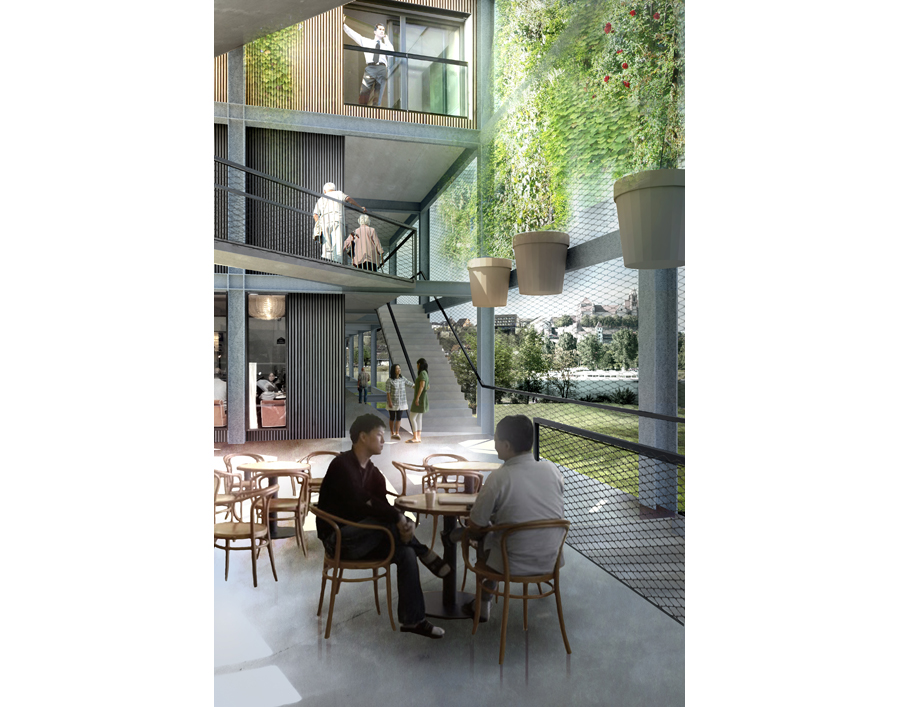 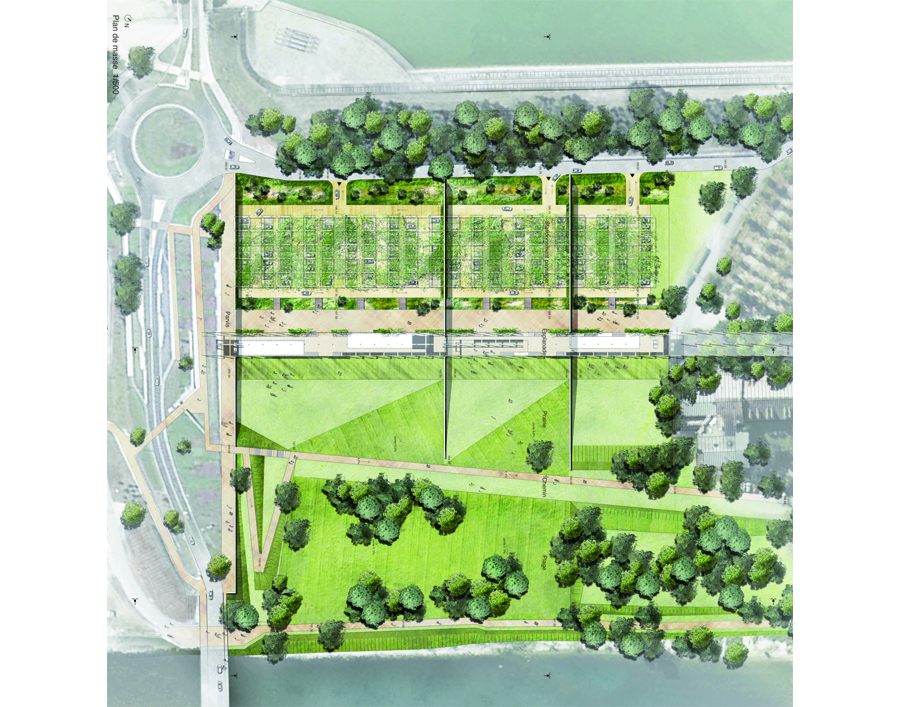 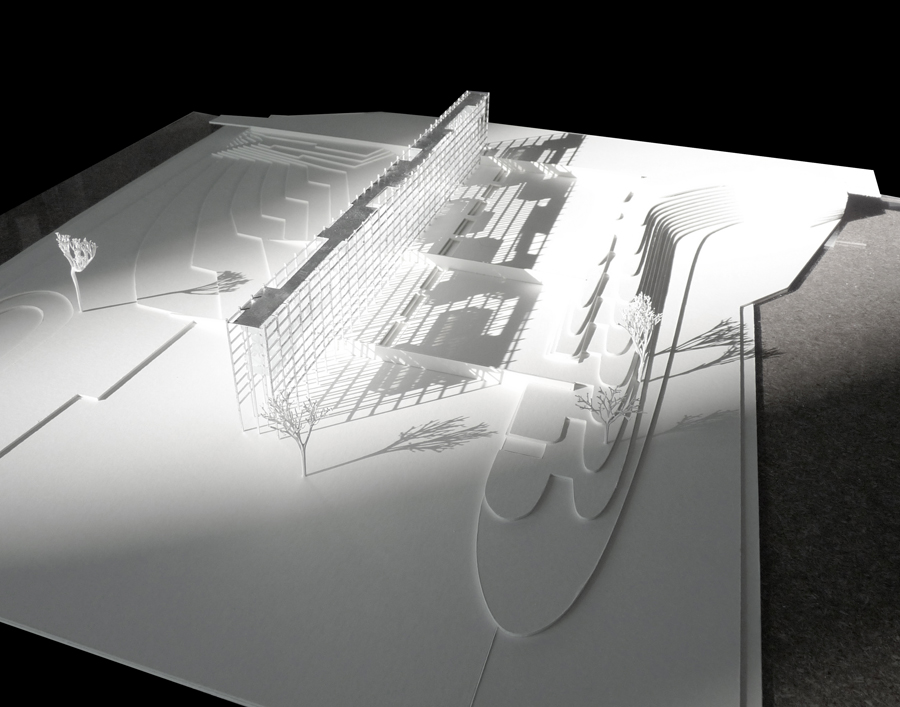 Our team proposes a long-term strategy, which would eventually lead to establish the Breisach Rhine-Island as one of the most active places along the German-French border. As Alike a large anchored ship, the envisioned project is positioned according to the flow of the river Rhine. Our project is designed as an adaptable and expandable structure, which includes all vertical and horizontal circulation devices needed for its use. As the project develops, the structure will accommodate public and private initiatives and will be progressively filled up according to a masterplan, which sets the rules of construction to ensure control its aspect overall design and functioning during its growth. Our project has a minimal footprint on the ground in order to leave the rest of the island for other uses. The project is also thought as a three-dimensional park. A promenade guides the visitor through the structure, from a one suspended garden to the next one, all the way to the sky walkway. The extensively long building can also become an oversize backdrop for art installations and leasure events, to be seen from far away between the Vosges and the Black Forest.